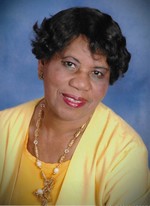 We are here today to celebrate the life of Barbara Durine Gray, a woman who
possessed a strong and engaging personality; one who left an indelible mark
on everyone she came in contact with.
Born in 1940, in Moneague, St. Ann, she was the third child of Edna and
Harold Gray. She grew up with her sisters, Jean and Elaine, and she also had
two other sisters, Madge and Pauline, who, along with Jean, predeceased her.
Her eldest sister, Elaine, is here today celebrating her life and was one of her
last caregivers.
Miss Edna, their mother, was very entrepreneurial and moved to Kingston in
the early years and became involved in real estate and shop keeping businesses
in Kingston as well as in St. Ann. In 1948, she migrated to the United States
of America to join her husband and the children were sent back to live in
Moneague. In 1949, when Barbara was only nine years old, her mother died
suddenly in the United States of America.
In 1952, Barbara and her sister, Jean, were taken to live in Kingston with their
Uncle Vivian and his wife Daisy, otherwise known as Nurse Brown. Barbara’s
life thereafter was greatly influenced by Nurse Brown, who was like a mother
to her. She raised Barbara to be very principled and caring.
Having attended infant school and Watsonville Primary School in St. Ann,
Barbara then attended Central Branch Primary in Kingston and a private
high school, called Preceptors Institute.
There she attained passes in the first Jamaica Certificate of Education, Senior
Cambridge Standard and London, General Certificate in Education. She
then attended St. Joseph’s Teacher’s College and graduated with a Trained
Teachers’ Diploma in 1962. She obtained a USAID scholarship to attend
Indiana University in 1968, where she obtained a diploma in Educational
Communications and Radio and Television. In 1972, she pursued a B.A.
general degree in Language and Literature at the University of the West Indies.
She also embarked on a number of certificate courses in public relations, voice
and speech, radio broadcasting and performer techniques.
Barbara’s first job was teaching English and drama at St. Mary’s College
in Above Rocks, St. Catherine, and she remained there for five years, until
1967. She returned to her alma mater, St. Joseph’s College, where she became
assistant tutor in Children’s Literature and Dance. Thereafter, she taught at a
number of schools including: Holy Childhood, St. Hugh’s, and Calabar High.
In all these schools, Miss Gray was not only an English Language and
Literature Teacher, but because of her training in the performing arts, she
also undertook the role of Cultural Supervisor for competitions. She prepared
and led students in the Jamaica Festival Competition and the International
Jackson Talented Teens Competition. While at St. Hugh’s High School in
1989, her festival results were impressive with six medals being won, two
gold, two silver, and two bronze. She recorded in her writings that one of
the gold medalists, Stacy-Ann Rose, received the trophy for the best junior

performance in the island. That student went on to appear on JBC TV, along
with others, exposing the highlights of the performing arts competitions.
Barbara’s teaching career was truncated in parts as she worked as a research
officer at the Jamaica Information Service, an education media officer at
the National Literacy Board, and a communications media officer at the
Agricultural Information Service in the Ministry of Agriculture. One of her
lasting achievements from this period was collaborating with Mrs. Novelette
Jones, Home Economics Officer in the Ministry of Agriculture, to produce
“Cook-up Jamaican Style”, which was widely sold in the market.
She was a very kind person. She was always helping her sisters’ children, taking
them to the zoo, the circus, and other places of entertainment. She often gave
them gifts, particularly books, and sought to ensure that they could read well;
as a first step towards higher levels of education.
Barbara Gray eventually changed her career path after migrating to the United
States of America, but at heart and even in church, she remained a teacher,
ever the dancer and the performer.
Her sister, Elaine, recalled that Barbara always wanted to be a teacher when
they were young. Even though she was the smallest sibling, she always wanted
to be in control. She was the life of the party, as she lit up the room on entry. If
music was playing, she took over the dance floor, even doing creative dancing
to Jamaican dancehall music.
She joined performing organizations in the USA and even received mail
addressed to “Actress Gray”, which her sister, Jean, found hilarious. She was
strong willed and had opinions on everything including politics, sports, and
television shows. She was an avid follower of “Dancing with the Stars” and
would often call Elaine to tell her when the show was on, even though Elaine
was either watching PBS or the Travel Channel.
In her later years, Barbara faced many challenges but kept her faith in God
and in her church.
Some time ago, she fell ill on her way to a performance with members from
the church.
Even after surgery and various procedures, she remained very optimistic
about life. It was shortly before her death that she came to accept her own
mortality. Life, for her, was a stage, and she had played her part to the fullest.
She leaves behind her sister, Elaine; nieces; nephews; other relatives; and her
many special friends.
Barbara, Aunt Durine, Miss Gray, Ms. G, “Irena” whatever we call her, is now
in a better place.

May her Soul Rest in Peace.