To share your memory on the wall of Billy Oglesby, sign in using one of the following options:

Print
Billy (Bill) D. Oglesby was born in Tallahassee, Florida on May 23, 1945, to the Late John and Mandy Oglesby. He and his twin sister were the last of the grandchildren of the Late Dan Davis and Emma Barber Davis.

Bill was educated in th... Read More
Billy (Bill) D. Oglesby was born in Tallahassee, Florida on May 23, 1945, to the Late John and Mandy Oglesby. He and his twin sister were the last of the grandchildren of the Late Dan Davis and Emma Barber Davis.

Bill never met a stranger. He was truly a family man and was always attentive to the concerns of not only his immediate family, but his extended family as well. He was always willing to take on any task that was asked of him and he positively influenced the lives of many.

Bill, along with Mattie, his wife of 52 years, symbolized their dedication to Jehovah God by Water Baptism in the Year 2000. While in service for Jehovah God, Bill always had a smile and words of encouragement for the many people he met. He would go to great lengths to serve others. It was a pleasure to be around him. Bill attended the Kingdom Hall with the Honey Hill Congregation and served until death.

To plant a memorial tree in honor of Billy Oglesby, please visit our Heartfelt Sympathies Store.

Receive notifications about information and event scheduling for Billy

There are no events scheduled. You can still show your support by sending flowers directly to the family, or planting a memorial tree in memory of Billy Oglesby.
Plant a Tree

We encourage you to share your most beloved memories of Billy here, so that the family and other loved ones can always see it. You can upload cherished photographs, or share your favorite stories, and can even comment on those shared by others. 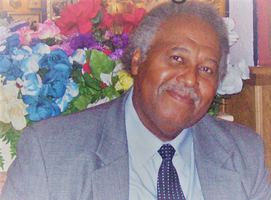 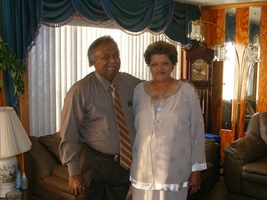