To share your memory on the wall of Lester Bryan , sign in using one of the following options:

Provide comfort for the family of Lester Bryan with a meaningful gesture of sympathy.

In 1967, he migrated from Jamaica to Canada, then moved to Florida in 1998. He married Ms.
Shelia Johnson a few years later.

Strong in his faith, Lester loved his church. He was a very religious individual and a praying man. When he was forced with life’s struggles, he would say, “God will make a way.” Lester was a people person. He would go out of his way to help others or anyone in need. He was one who gave of himself wholeheartedly & did his best to leave no stone unturned. His natural leadership abilities, kindred spirit, and caring ways foreshadowed him. If you asked, he would give. If you called, he answered. If you needed him, he was there. That was his way. He was a joker. During time of sarcasm, he would always say, “Hear dah lick yah nuh!”

Lester’s spirit will live on through each of us and future generations for a lifetime! May his soul Rest in Peace! On behalf of our family, we Thank you all for your thoughts and prayers. May God continue to bless you all.
Read Less

We encourage you to share your most beloved memories of Lester here, so that the family and other loved ones can always see it. You can upload cherished photographs, or share your favorite stories, and can even comment on those shared by others. 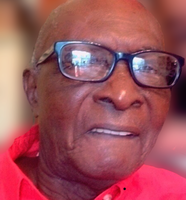