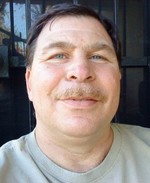 Frank Vincent Cimino, age 63, of Pembroke Pines, Florida, passed away at home with his loving
children by his side on Friday, September 11, 2020. Frank was born in New York, New York on
September 9, 1957 to the late Frank Paul Cimino and Theresa Ann Cimino. Frank grew up in
Elmont, NY where he played football and baseball winning many awards as well as earning the title
“Fastball Frank”. He went onto study accounting at State University of NY at Farmingdale. In 1982
he moved to Dallas, TX where he began working as a Crew Chief for American Airlines. He
transferred to Ft. Lauderdale and continued working for American Airlines and enjoying the Florida
climate. Frank enjoyed listening to music on his surround sound speakers, hanging out by the pool,
cooking gourmet meals, going to the beach and watching action movies. He was always around for
family events and became known as the fun uncle, always telling stories as he watched his nieces
and nephews grow up. He was a loving father to his son Michael Cimino and his daughter Nicole
Higuita.
Frank is predeceased by his parents, Frank Paul Cimino and Theresa Ann Cimino; and former wife
Lisa Orozco and his daughter Karen Higuita.
He leaves behind his two children, Michael Anthony Cimino and Nicole Higuita; two sisters Linda
Cimino of Cream Ridge NJ and Laura Ann Zielinski of Orlando FL; nieces and nephews Jennifer L.
Tonti, Lauren E. Tonti, Rebecca A. Zielinski, Donald F. Zielinski Jr., Jordan E. Zielinski.
There will not be in person services due to COVID-19, however the family will be hosting virtual
services at a later time. Information will be posted to Frank Cimino’s facebook page.
In honor of Frank Cimino, donations may be made to an organization that supports liver cancer
research such as the American Liver Foundation https://liverfoundation.org/