To share your memory on the wall of James Cunningham, sign in using one of the following options:

He received his education at Old Dillard Elementary and Dillard High School in Fort
Lauderdale, Florida. Later on, he was drafted into the U.S. Army, where he fought in the
Vietnam War with the 86th Maint BN. Returning back to the States, Mike did 14 years in
the Army Reserve, earning his Staff Sergeant Rank. He furthered his education at Broward
Community College. He retired in 2006, at the age of 57, after working for 35 years as a letter
carrier for the U.S. Postal Services.

He was born into a Baptist family, but he joined St. John United Methodist Church in 1992 to
be with his wife and children, where he served on many boards, such as the Trustee, PPR, Usher
#2, United Methodist Men’s Ministry, Boys to Men, Lay Leadership Committee, Male Choir
of St. John, the New Generation & Mass Choir, and he was a church van driver to transport
members to and from church and special events. Also, Mike came up with the name, “St. John
On The Move”.

Mike loved to travel, dress well, wear Stacey Adams shoes, sing, make Homemade Lasagna,
and he was a yard man with an excellent green thumb, with plants, lawn and fruit trees. His
favorite colors were black and burgundy.

Being a Christian man, he had a strong belief in God, and believed that the family must pray
together everyday before our day started.

Mike lived in Fort Lauderdale most of his life, until April 2016, when he and his wife, Mary,
moved to Tampa, Florida. Then later on joined First Baptist Church of Progress Village in
2017.

On February 17, 2019, Brother Cunningham fell in his house. Due to Parkinson’s Disease,
he broke his hip joint on the right side. From February 18, 2019 to July 26, 2019, two more
surgeries were performed in the same area, and then, after rehab, he was never able to regain
standing and walking on his own. By having Agent Orange from the Vietnam War, Parkinson
took over his body functions, causing infections in his blood, bones, and lungs (bronchitis),
which ultimately caused his death on October 22, 2019 at 12:50 p.m. God came and rescued
his son.
Read Less

To send flowers to the family or plant a tree in memory of James Cunningham, please visit our Heartfelt Sympathies Store.

Receive notifications about information and event scheduling for James

We encourage you to share your most beloved memories of James here, so that the family and other loved ones can always see it. You can upload cherished photographs, or share your favorite stories, and can even comment on those shared by others.

jose araujo and Bernard Cunningham sent flowers to the family of James Cunningham.
Show you care by sending flowers

Posted Nov 01, 2019 at 09:59am
Mr. James Mike Cunningham, we the Araujo family are sending these flowers with love and remembrance. Rest in peace my friend and may God be with you.

Posted Nov 01, 2019 at 04:37am
Our deepest condolences from Torrence and Jasmine

Flowers were purchased for the family of James Cunningham. Send Flowers

Posted Oct 31, 2019 at 08:30pm
Until we meet again Brother Mike, we love you and you will Always be in Our Hearts Forever, from your Brother Butch and Olga Cunningham.

Medium Dish Garden was purchased for the family of James Cunningham. Send Flowers 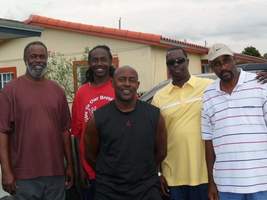 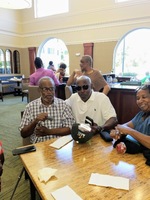 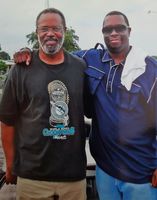