To share your memory on the wall of Joseph Zone, sign in using one of the following options:

Print
Joseph Zone was born on May 6, 1948,
to the late Freddie and Rolean Zone in
Sebring, FL.

Joseph was educated in Sebring, FL,
Cocoa, FL, and later relocated to
Miami, FL, where he attended Miami
Northwestern ... Read More
Joseph Zone was born on May 6, 1948,
to the late Freddie and Rolean Zone in
Sebring, FL.

Joseph was educated in Sebring, FL,
Cocoa, FL, and later relocated to
Miami, FL, where he attended Miami
Northwestern Sr. High School. He later
furthered his studies while attending
mechanical school in Jacksonville, FL,
in an effort for advancement while
working for Bill Ussery Motors of Mercedes Benz in Coral
Gables, FL, where he was gainfully employed for thirty-eight
years until his retirement in 2008.

Joseph met and later married Alice Trody (preceded him in
death) on August 31, 1974. God blessed them to become the
parents of two daughters.

Joe, as he was affectionately called by many, and “JZ” by former
co-workers, was an avid traveler, fisher, softball player, and
bowler for many years.

To send flowers to the family or plant a tree in memory of Joseph Zone, please visit our Heartfelt Sympathies Store.

Receive notifications about information and event scheduling for Joseph

We encourage you to share your most beloved memories of Joseph here, so that the family and other loved ones can always see it. You can upload cherished photographs, or share your favorite stories, and can even comment on those shared by others. 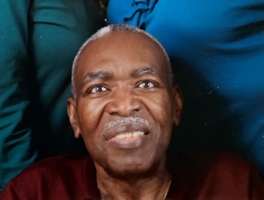