To share your memory on the wall of Liline Bruce , sign in using one of the following options:

Provide comfort for the family of Liline Bruce with a meaningful gesture of sympathy.

At the age of 17 she would leave her Mother’s house and her 6 siblings to move to the island’s capital, Kingston with other family members and continued her schooling at Jamaica Commercial Institute where she
learned shorthand and typing and would briefly work as a secretary. “Van” as she was referred to on the island by those who knew and loved her, had an urge to travel and to reunite with her 2 brothers who had
previously left the island for the Bahamas with their Father and half siblings. Her life in the Bahamas was met more challenges, but none of those challenges could dull her shining spirit or take away her delicate beauty.
She remained in the Bahamas until about the age of 23 when she decided to move to the United States.

Liline first arrived in Florida on September 27, 1970 and lived there for a few years before deciding to make her final move to N.J. where she decided to plant her roots. After a few years in N.J., several earnest prayers, and a common law relationship, she became pregnant with her first child, Cory Bain. God had had answered her prayers and no one thing on this earth could have made her happier. She would go on to have 2 more children, Cornetta and Copeland Bain with the same person over the span of the next 5 years and funny enough, being a twin herself, the oldest and youngest child would be born on the same day, January 26, but 5 years apart. She worked at Crestview Nursing Home for about 13 years.

In 1981, she would become a single parent and would remain so for the rest of her life. Fortunately, life had armed her with several skills and traits that would make such a feat look easy and was fortunate to have been blessed with a few friends that treated her and her children as family. She was a learned seamstress from her childhood years in Jamaica and would make clothes for her children and for the people that were dear to her. After her children were of age, she gained employment at the local laundromat in way to provide for her children while staying close to home. To her 3 children (and many neighborhood children) there was no one who person more generous, who possessed an unconditional love for all. Her loving kindness was not to be mistaken for weakness as she would go up against any principal, school board, or adversary that posed as a threat to anyone of her children.

Following her religious roots, she maintained her faith and became a member of Mt. Zion U.A.M.E. Church where she was an usher. She was also known as a prayer warrior whose connection to the divine would allow her to pray in a way that would bring tears to one’s eyes. Hers and any visiting congregation knew her for singing her hymns from back home that stuck with her from her childhood.

As of September 9, 2015, her latter years were filled with the insurmountable joy of caring for her first grandchild, Ainsley Bain, the namesake of one of her younger brothers. She reveled in the opportunity to be able to help her son Copeland and his newlywed wife with their childcare.

She was last admitted to the hospital on October 8, 2019, the same night that her youngest grandson, Ronan was born & found a piece of joy in seeing videos and face timing him with the aide of modern technology.

She was such a jovial soul that she acknowledged her impending disease to no one and seemed to have accepted that she would soon join the predeceased presence of her Mother, Father, her twin Glorr, & her
brothers Ainsley and Alvin. She is survived by her brothers Boris, Ronald, Tony & sister, Hannah. As well as Prince, Clive, & Keith who were raised her Mother, and Ransford, Berice, Perry, and sisters Jackie, Lona, & Curlieu from her Father’s side. She had 3 biological children, Cory, Cornetta, and Copeland, and his wife Erin, & ; 2 grandchildren, Ainsley and Ronan.

In God did she always put her trust and to his arms she departed us on November 4, 2019 and left us to carry on her legacy of love, kindness, humor, and compassion.

“Special people we meet along life’s way, make our journey brighter by the things they do and say.”

Do good and good shall follow you.
Read Less

We encourage you to share your most beloved memories of Liline here, so that the family and other loved ones can always see it. You can upload cherished photographs, or share your favorite stories, and can even comment on those shared by others.

Posted Nov 20, 2019 at 05:53am
I love you Devon
I remember I first time I met you your mom sent you out the door to your dad and i waiting in the truck
You were the cutest little dude with a giant smile
We went looking for broken bank machines
You know what I'm talking about
So sorry your gone brother 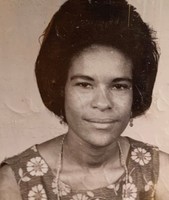