To share your memory on the wall of Michael Griffth, sign in using one of the following options:

Mikey was all about family, he married Zoya Lee-Chin in 2015.
The couple shared three kids, Makai, Ahmi, and Michael “Nico”.
He was a loving, devoted and protective husband and father who
always went above and beyond for his family. He shared a close
bond with all of his siblings, and enjoyed his large extended family
of cousins and eventually became affectionately known as “Uncle
Mikey” to the younger generation.

Mikey was called home peacefully on March 10, 2020. He
will forever be missed by those who loved him, including: his
wife Zoya; his children, Nico, Ahmi, and Makai; his mother,
Maureen; his father Darren; his step mother, Angela,and Nicole;
his brothers D’andre, Alijah, and Derrel; his sisters, Mariah and
Abigail; his grandmothers Roslyn Griffith and Maxelia Mata a
host of aunts-, Debbie Chinyoung, Donna Henry, Diane, Sandra,
Heather ; uncles - Don Griffith , Tyrone Mata , Ray Henry , Layten
Chinyoung, great uncle Junior Steven’s; and his mother-in-law
Carola; cousins, and friends.
Read Less

To send flowers to the family or plant a tree in memory of Michael Griffth, please visit our Heartfelt Sympathies Store.

We encourage you to share your most beloved memories of Michael here, so that the family and other loved ones can always see it. You can upload cherished photographs, or share your favorite stories, and can even comment on those shared by others.

Dexter Leonard sent flowers to the family of Michael Griffth.
Show you care by sending flowers

Sentiments of Serenity Spray was purchased and planted a memorial tree for the family of Michael Griffth. Send Flowers 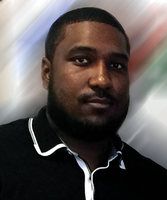 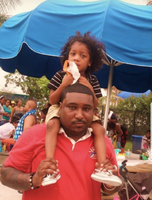 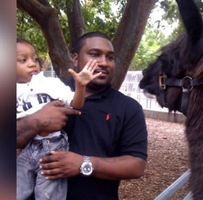