To share your memory on the wall of Myrtle Heron, sign in using one of the following options:

At an early age the family relocated to Old Harbour, St. Catherine, where she completed her elementary education. Her religious upbringing resulted from attending Sunday School at the local Anglican Church and Hebron Gospel Hall. She received the Lord Jesus Christ as her personal Savior at Hebron Gospel Hall and became a member in her early teen years under the watchful eyes of her mentor, Sister Marie Williams.

After the death of her mother she was adopted into the family of Clifford and Gwendolyn Richards of 19 West Street, Old Harbour. Here she became “big sister Buddy” to Neil, Earl, Beverley and Teddy. With “Aunt Sue” running the kitchen and “Mother Sis Gwen” mastering the sewing machine daily, Myrtle was molded into a skilled home-maker and dressmaker par excellence. Her impeccable character, spirit of independence and charming personality made her the envy of her peers.

At age 15, after seeing pictures of the suffering children in Haiti, she felt called to become a missionary. As a result, at age 19, she attended Jamaica Bible School (now Regent College). This training helped to equip her as a proficient children’s ministry worker in her local church. To the children under her care “Miss Francis” was their idol and role model. She met Veda Snape and, after being introduced to her family, was instantly “adopted” as one of the Snape girls. This was not to be the end of the addition to her family. After marriage she experienced an extension of God’s love through the gracious acceptance of a tremendous mentor.

To improve her competence as a dressmaker she completed a course in dressmaking and design in Kingston, Jamaica. She was determined to become an independent practitioner of the craft. While pursuing her vocation she remained fully devoted to her children’s ministry in Old Harbour and also in Sandy Bay, Clarendon.

While Myrtle was answering the call to service in Old Harbour, St. Catherine, Richard Heron was answering a similar call in Hayes, Clarendon. For his first internship assignment he was sent to Old Harbour. Divine providence would have it that Myrtle was assigned to assist and guide him in
fulfilling his ministry as an intern. This included pulpit ministry and visitation. Included in this was the outreach children’s ministry in Sandy Bay. Bicycles were used to get around and it was during these rides to Sandy Bay that a mutual attraction was discovered and pursued. This eventually resulted in a proposal.

On November 21, 1962 Myrtle Dorothy, the eligible spinster, became the exquisite bride of Richard Heron. This union produced two girls in Ruthann Alethia and Deborah Rose and, three grandchildren - Caleb Pierce, Alethia Sage and Danielle Jada. After their official “commendation”, Richard and Myrtle became missionaries to the fledgling church in Williamsfield, Manchester. In so doing, Myrtle had finally answered the call of God on her life to be a missionary. It was at this phase of her life that Myrtle and Richard encountered Emile & Idalee Turner who virtually accepted them as their own children. The extended families of the Richards, the Snapes and the Turners, in addition to their biological family, often left Ruthann and Deborah seeking clarification on how they were all related.

For 25 years Myrtle partnered with her husband in establishing the new church. The family, which included their two young daughters, went on to plant new churches in Christiana and Mandeville. Additionally, as Richard became more engaged in ministry to the youth, Myrtle opened their house to frequent visits and extended stays of other young aspiring leaders. She has lived long enough to see many of them become leaders in their own right.

When the loss of denominational support occurred she reluctantly accepted the offer to become a teacher of clothing and textile at the new Secondary School in the area. Her training, experience and people skills endeared her to both students and colleagues. From this assignment, Myrtle migrated to the USA where she continued her missionary work locally at MGC Worship Center and globally in Haiti and India. She visited Haiti on numerous occasions where she used her skill as a dressmaker to make uniforms for the orphans. She did this until her health began to fail.

On June 2 at 7:35 AM Myrtle succumbed to a long standing illness and went home to be with her Lord. She leaves behind her beloved husband of 58 years, daughters Ruthann (Samuel Rohan Davis), Debbie, grandchildren Caleb, Alethia and Danielle, siblings Neil, Earl (Elaine), Teddy(Joy), nieces, nephews, a host of surrogate children, family and friends.
Read Less

To send flowers to the family or plant a tree in memory of Myrtle Dorothy Heron, please visit our Heartfelt Sympathies Store.

Receive notifications about information and event scheduling for Myrtle

We encourage you to share your most beloved memories of Myrtle here, so that the family and other loved ones can always see it. You can upload cherished photographs, or share your favorite stories, and can even comment on those shared by others.

P. Rowe, Lenroy Sharlene Joshua Johanan JoElle, and other have sent flowers to the family of Myrtle Dorothy Heron.
Show you care by sending flowers

Posted Jun 06, 2020 at 02:08pm
Our hearts go out to you during this time of sorrow. Aunt Myrtle is present with the Lord. Her gentle spirit and warm smile will forever be remembered.

Posted Jun 06, 2020 at 12:48pm
My thoughts and prayers go out to the Heron Family. Continue to embrace all of the memories and the Love, you shared with mommy. Keep her alive in everything you do. Love Angie,El, Kay Kay and Kai Kai 🙏🏾😘😘🥰😪💕❤️
Comment Share
Share via:
F 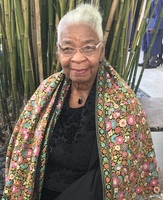 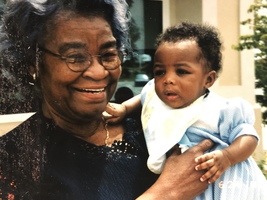 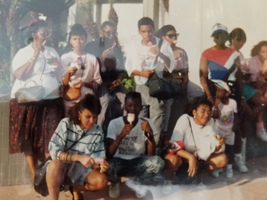 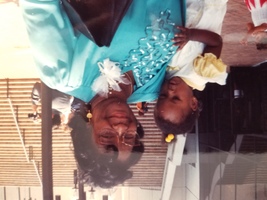