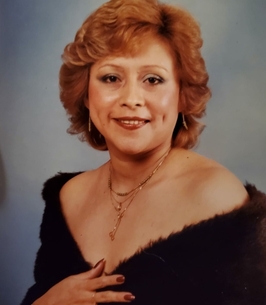 Rosalinda Jenny Dresdner Carrera was born on Thursday, March 27th 1952 in Guayaquil Ecuador. Her surviving parents are Jose Dresdner and Julia Carrera. Rosalinda moved to Queens, New York when she was 19 years old with her eldest son Alex. Upon arrival to the United States, she welcomed her second son Daniel. Rosalinda was a hardworking woman with goals and dreams. She graduated cosmetology school and received a certificate in child care training. Rosalinda met the love of her life, Peter Nunez (deceased) and she relocated to Bronx, New York. They shared three daughters together, Jennifer, Vivian, and Priscilla. Rosalinda was a loving and dedicated mother to her five children. In 2006, Rosalinda moved to Davie, Florida and became a member of the Jehovah Witness congregation on Griffin Rd. She built long lasting friendships with her brothers and sisters of faith. Rosalinda was diagnosed with cancer in 2016. She fought this battle for four long years. She passed away on Tuesday, August 11th 2020.