To share your memory on the wall of Ruby Hutson, sign in using one of the following options:

Provide comfort for the family of Ruby Hutson with a meaningful gesture of sympathy.

Ruby was baptized at an early age and joined New Bethel Primitive Baptist Church and faithfully served for more than 70 years under the late Reverend L. V. Hobbs. She was a former member of Tabernacle M. B. Church in Tallahassee, Florida, under Reverend Stanley L. Walker Sr. She was a member of New Bethel P. B. Church’s Usher Board, Sunday School, Choir, and the Sick and Shut-In Ministries. Ruby retired as an electronic assembler and worked for the Broward County School System as a Foster Grandparent, where she was inducted into the Broward County Hall of Fame. She had an impact on everyone and will be remembered for her beautiful smile, family gatherings, and love for one another.

We encourage you to share your most beloved memories of Ruby here, so that the family and other loved ones can always see it. You can upload cherished photographs, or share your favorite stories, and can even comment on those shared by others.

Cresha, Rachelle and Shey sent flowers to the family of Ruby Lee Hutson.
Show you care by sending flowers

Posted Nov 08, 2019 at 07:14am
The Foster Grandparent Program sends our love and prayers to the family of Grandma Ruby. We'll always remember the impact she left in our community! 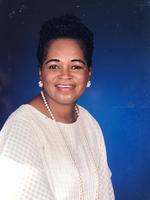