To share your memory on the wall of Sidney Davis, sign in using one of the following options:

Provide comfort for the family of Sidney Davis with a meaningful gesture of sympathy.

Print
SIDNEY MONTEL DAVIS, affectionately known as “Sid” – a resident of Hallandale Beach, Florida, entered
the Kingdom of Heaven on Monday, February 3, 2020, after a battle with longstanding health issues. He was 50 years old.

Sid... Read More
SIDNEY MONTEL DAVIS, affectionately known as “Sid” – a resident of Hallandale Beach, Florida, entered
the Kingdom of Heaven on Monday, February 3, 2020, after a battle with longstanding health issues. He was 50 years old.

Sid was born on Valentine’s Day 1969 in Gary, Indiana, to Larry and Barbara (Weakley) Davis and was the eldest of two sons. He was a 1987 graduate of West Side High School in Gary, Indiana, and a 1992 graduate of Indiana University in Bloomington, Indiana, where he earned his Bachelor degree in Retail Marketing and an Associates degree in Apparel Merchandising. Sid was initiated into the Alpha Chapter of Kappa Alpha Psi Fraternity, Inc.

After graduation, Sid held sales and clothier positions with several high-end fashion retail firms, including
Rich’s Department Store in Atlanta, Georgia, Saks Fifth Avenue and Neiman Marcus in Bal Harbour, Florida, and Barney’s New York in Miami Beach, Florida. However, Sid eventually determined that his professional calling would be in the fields of cosmetology, hair and skin care. He obtained his license and became an instructor for two beauty industry powerhouses, Pivot Point International and Dudley Beauty College in Chicago, Illinois. He also worked in and managed several boutique salons in the Chicagoland and Miami-Dade metro areas. Sid’s proudest achievements would be his entrepreneurial endeavors, starting with the creation of his own fashion imprint— “House of Sid”—followed by the culmination of his professional career and full skill-set to create International Star Design.

In December 2007, International Star Design was officially recognized by the Miami-Dade County Office of the Mayor and Board of County Commissioners for its valuable contributions to the community. Sid was baptized at an early age and dutifully served as both a Deacon and a Choir Member with New Birth Baptist Church in Miami, Florida, and later was a faithful member of Church by the Sea in Bay Harbor Islands,
Florida. Western Christian Community Church was always Sid’s place of worship whenever he visited his
hometown of Gary. Sid was also engaged civically and was a Life Member of Kappa Alpha Psi Fraternity, Inc., a Board Member for the Collins Park Neighborhood Association, and a Life Member of the NAACP. He donated regularly to both the United Negro College Fund and the Southern Poverty Law Center. Inspired by the fitness routine of his grandmother, Flossie, he was also was a licensed Water Therapy Aerobics Instructor and a Massage Therapist.

Sid is survived by his parents, Larry and Barbara of Miami Beach, Florida; his grandmother, Flossie (Whittington) Davis of Gary, Indiana; his brother and sister-in-law, Morry and Dwana (Franklin) Davis, and his beloved niece and nephew, Makena and McCray of New York City; his godfather, Richard Chandler of Arlington, Texas; his beloved goddaughter, Deja Palmer of Miami, Florida; and a host of aunts, uncles, cousins, and dear friends.
Read Less

Receive notifications about information and event scheduling for Sidney

There are no events scheduled. You can still show your support by sending flowers directly to the family, or planting a memorial tree in memory of Sidney Montel Davis.
Plant a Tree

We encourage you to share your most beloved memories of Sidney here, so that the family and other loved ones can always see it. You can upload cherished photographs, or share your favorite stories, and can even comment on those shared by others.

Plant a Tree in Memory of Sidney
Plant a tree 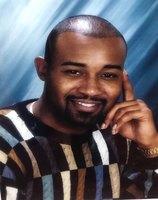