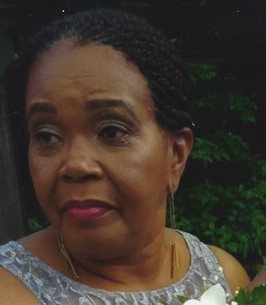 Veronica Matthews Appleby, known as “Veronica,” “Vee,”
“Mommy,” “Mom,” and “Grandmom,” was born April
8, 1948, on the beautiful island of Jamaica, West Indies.
She was the first child of Charlie Appleby and Myrtle
Matthews.
Veronica attended Charles Town Primary School in Plum
Valley, Portland, then moved to Kingston and attended
Papine Secondary School. After graduating from Papine
Secondary School, she obtained employment as a cashier
at Cross Road Betting Shop. The passion Veronica had for
helping others led her to patient care, where she obtained
employment at Victoria Jubilee Hospital as a ward clerk.
This was a temporary position, so she gained another job
at the government chemist lab.
January 11, 1997, Veronica migrated to the United States
of America and settled in Queens, New York, with her
daughter Katherine for a year. Preferring the tropical
climate, she relocated to Florida. Her continued passion
for patient care led to her employment at the Thomas
Group Home and Village Group Home in Florida.
Veronica was a jovial person loved by all who came in
contact with her. Veronica was that one that kept the
family together. Left to cherish her memories are her
daughters; Phedra, Katherine and Stacey. Sons; Ray and
Dueane. Grandchildren’s; Rossi, Demetrius, Kareem,
Ryan, Nicholas, Kelly, Kelcie, Kobe, Dueane Jr, Senna
and Savannah. Great Grandson Noah. Brothers; Ronald,
Richard, Fitz-Warren, Robert, Basil, Michael and Wayne.
Sisters; Minette, Doreen, Audrey and Sheryll along with
a host of nieces, nephews and family members left to
mourn.
Veronica liked to plant in her garden; she loved flowers.
She also enjoyed watching tennis. Veronica was also
known for her outstanding work; you could always call upon her May she rest in peace.