To share your memory on the wall of Winston Powell, sign in using one of the following options:

Print
This son of the soil was born in the country of Jamaica in the parish of Kingston.

As a young man, he grew up in the Adventist Church, where his parents attended before their departure.
Winston attended Kingston college and pursued... Read More
This son of the soil was born in the country of Jamaica in the parish of Kingston.

As a young man, he grew up in the Adventist Church, where his parents attended before their departure.
Winston attended Kingston college and pursued the goal he loved, becoming an electrician. Winston was the third child of Gloria Powell. She called him “Boss man” because he was manly and caring.

As time went by, he came to the U.S.A. to fulfill his dreams and work in different places. In 2002, he met Paulette McKenzie and they married March 11, 2002.

In 2009, he had a stroke on the job, which affected his health. He had to overcome many obstacles. Things took a turn for the worse in November 2018, when he became very ill and was admitted into the hospital. Winston spent his last 11 months with his loving spouse by his side.

On October 26, 2019, death has won the victory, leaving: his loving wife, Paulette; son, Mark; daughter, Patricia; and many close friends to cherish his memories.

He will be greatly missed!
Read Less

To send flowers to the family or plant a tree in memory of Winston Powell, please visit our Heartfelt Sympathies Store.

Receive notifications about information and event scheduling for Winston

We encourage you to share your most beloved memories of Winston here, so that the family and other loved ones can always see it. You can upload cherished photographs, or share your favorite stories, and can even comment on those shared by others. 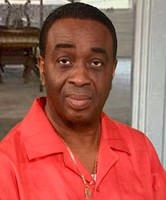