To share your memory on the wall of York Ford, sign in using one of the following options:


He first began his Christian journey at shady grove church in Tallahassee, Florida. He was a determined, ambitious, and focused young man with only a junior high school education out of Leon county. He took his talents and hard working mentality to south Florida in the late 1970's, where he met his beautiful wife and began his family.

He worked almost forty years for Ryan's INC. He was the first black to work and became the first black formen/ superintendent that worked for the company. He was also known for being lead foremen for the building of Sawgrass mall. In the year 1989, he was ordained at the Calvary MBC as a Deacon and later in 2004 he was licensed to preach. By the year 2006, he was ordained and installed as the Pastor of St. Paul MBC, where he was Pastor for the next 13 years; where stood his post strong and faithful.

To send flowers to the family or plant a tree in memory of York Ford, please visit our Heartfelt Sympathies Store.

We encourage you to share your most beloved memories of York here, so that the family and other loved ones can always see it. You can upload cherished photographs, or share your favorite stories, and can even comment on those shared by others. 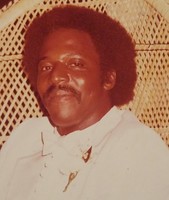