To share your memory on the wall of Zelpha Ellis, sign in using one of the following options:

Zelpha was the consummate caregiver and nurturer. She was the eldest of her many siblings, whom
she loved dearly. They still share stories of her strong protective and unwavering support and care. She
forged close links with her siblings and extended family, and was loved and respected by all. As the
years went by, she became the ‘matriarch’ of the family. Even though her birthday came once in four
years, family members—local and foreign—would always come together to celebrate her special day,
every year. Zelpha had a resilient spirit. She was a very industrious, thrifty, kind, caring, peaceful, and
a pleasant person. She displayed a positive approach to life, and enjoyed a good joke.

Zelpha married the man she loved, Earl Ellis, and together, they raised four beautiful children. As
she raised her own children, her nieces and nephews lovingly became a part of her household. She
welcomed the support of her mother and believed in the village tradition where uncles, aunts, and
cousins were part of the family nucleus. They played a pivotal role, particularly in the lives of her small
children, while she travelled between Jamaica and the United States, where she worked. Zelpha not
only had the privilege of loving and caring for her immediate and extended family, she cared deeply
for the family with whom she worked in the United States.

As many can attest, Zelpha loved to cook and bake. Among her many culinary successes were her
Passover specialties. She was most known for her Christmas wine-splashed fruit cakes. No one was
ever hungry when they were around Zelpha. She shared unselfishly! Over the last two decades she
spent time between her home in Mamee Bay, Jamaica and in Pembroke Pines, Florida, where she was
a gracious host to her many guest and visitors.

Zelpha’s accomplishments included successfully nurturing two generations who aspired to achieve
the American dream and who embraced education and success. In spite of her humble beginnings,
she proudly and joyfully watched her offsprings excel, including a globetrotting, sought after major
power systems technician, a clinical social worker, an engineer, a West Point graduate and general
surgery resident in the U.S. Army, and a Bank of America cyber intelligence scrum master.
Zelpha had many adoring friends. She loved the Lord, maintained her connection to her church
family throughout her life, and enjoyed the worship and fellowship experiences as an active member
of the Ocho Rios Methodist Church and the New Horizon United Methodist Church in Cooper City,
Florida. Rain or shine, and regardless of how she felt, Zelpha never wanted to miss church. Indeed, the
highlight of her week was attending church.

REST ZELPHA, WE WILL MEET YOU IN THE MORNING.
Read Less

To send flowers to the family or plant a tree in memory of Zelpha Ellis, please visit our Heartfelt Sympathies Store.

Receive notifications about information and event scheduling for Zelpha

We encourage you to share your most beloved memories of Zelpha here, so that the family and other loved ones can always see it. You can upload cherished photographs, or share your favorite stories, and can even comment on those shared by others.

Posted Apr 16, 2020 at 12:52pm
Our heartfelt condolences to the Ellis Family. Zelpha will always be remembered as a loving kind and generous person with a heart bigger then life. May her soul rest in peace and her spirit shine on.
Denise and Arnold McKay
Comment Share
Share via: 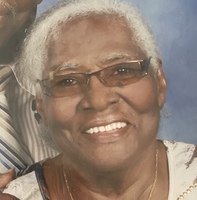